CML Advocates Network (CMLAN) is an international organization that connects 128 patient organizations, across the globe in 93 countries. Initially founded by four CML patient leaders from Germany, Israel, the Czech Republic and the UK, it is led by a Steering Committee comprised of nine patient advocates representing all six world regions.

In 2005, at the 4th International “New Horizons in Cancer” conference for CML and GIST patient advocacy groups in Dublin, the idea for the CML Advocates Network was first discussed. The “New Horizons” conferences, initiated in 2002, have evolved into an international networking event and a platform for improving patient care and exchanging best practices. 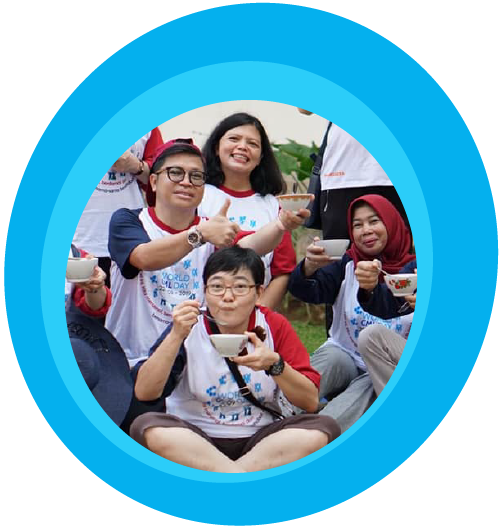 A website for the CML Advocates Network was then created in 2007 to extend international networking beyond the annual meetings as well as to facilitate bridging geographical distances. The website has proved to be a very powerful tool for serving patient leaders around the world.

Through their work beyond the annual conference and website support, the Steering Committee and CML AN team have become instrumental in educating patient advocates. As we educate our members on advocacy and health equity, empower patient groups to advocate, and implement advocacy initiatives in both LMI and western countries, we provide every individual with the opportunity to live a healthy life, regardless of their background or where they live, and develop expert patient advocates by using evidence-based advocacy.

The network was initiated by four patient groups from Germany, UK, Czech Republic and Israel.

Patients run CML AN independently and it is hosted by the patient-run Leukemia Patient Advocates Foundation.

We aim to improve the lives and survival of all people affected by Chronic Myeloid Leukemia by empowering advocates and driving world-wide change in access, knowledge, diagnostics, treatment, and care.

We use cookies on our website to give you the most relevant experience by remembering your preferences and repeat visits. By clicking “I'm good!”, you consent to the use of ALL the cookies. However, you may visit "Cookie Settings" to provide a controlled consent.
Cookie SettingsI'm good!
Manage consent