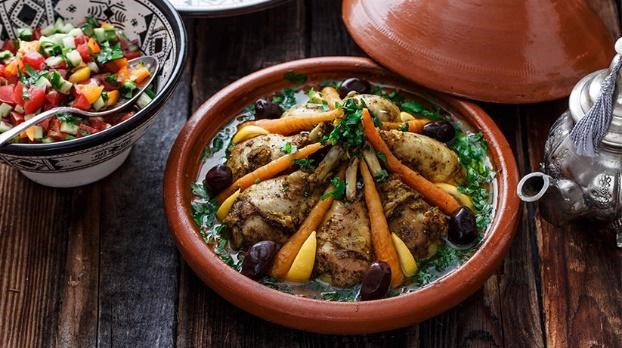 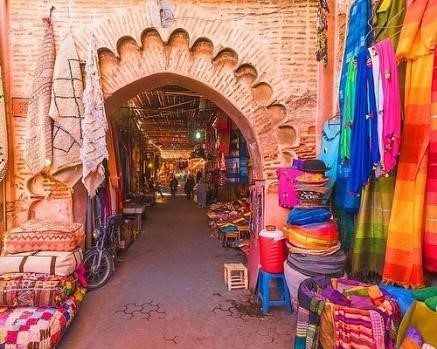 Known as the Red City, Marrakech is Morocco’s second largest city. It has about 800,000 residents and most of the houses are colored red. Known as the pearl of Morocco, Marrakech Medina is a colorful city of entertainment. The city is a major economic center with several upcoming industries and markets. It’s located at the foot of the Atlas Mountains and has a stunning landscape. This city is mainly divided into two parts: the medina, which is the old fortified city, and the modern city nearby (called Gueliz). A shimmering white snowy winter and a warm, humid summer make up the city’s wonderclimate. There is a strong sense of sociability and warmth among the inhabitants of this city that is renowned all over the world.

The name comes from the Berber words ‘mur(n) akush’, which means ‘land of gods’. Marrakech was the name given to Morocco by Arabs, Persians, and Europeans until a few decades ago. From Spain to Senegal, it was the capital of a vast empire founded in the 11th century. Almohads continued to develop it in the 12th century. 9km of red earth wall still exists from the time of the Almoravids. By the 16th century, the Saadian Empire was ruling over it. Many of their buildings and tombs have been preserved well. The Sultan of Alaouits- Moulay Ismail later conquered it. Under French rule, it was governed by Pasha El Glaoui in 1917. In 1956, King Mohammed V took over, but the fortunes were confiscated after his death.

In the later years, Rabat became the capital and Marrakech became a provincial capital. With an area of 31,160 kms, it is now the capital of Marrakech Tensift el Haouz region. 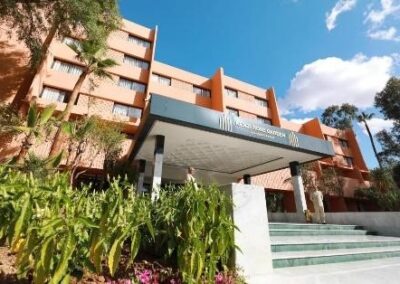 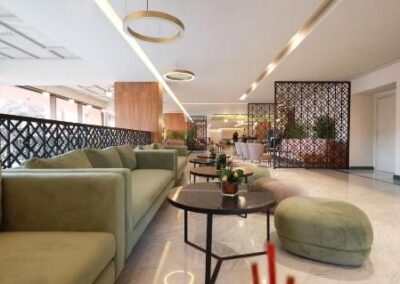 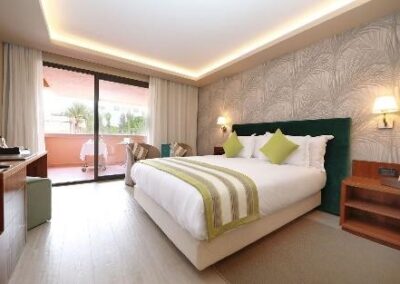 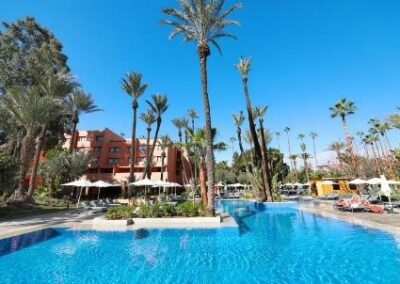 Enjoy a half day guided city tour of Marrakech. Stop first at the Koutoubia Mosque, which is an old monument built under the reign of the Almohad Caliph Yaqub al-Mansur (1184 to 1199). This monument inspired other buildings such as the Giralda in Seville in Spain and the Hassan Tower in Rabat. Stop next at the Bahia Palace. This Palace was built in the late 19th century and was intended to capture the essence of the Islamic and Moroccan style. Continue the tour with the world famous Jema El Fna Square where you will enjoy amazing performances of traditional activities by storytellers, snake charmers, peddlers of traditional medicines. Your last stop is the bustling souks in the old medina.

For those interested, we will be offering an optional 3.5-hour tour on Sunday afternoon. This will not be an official part of the program, and those who would like to join this tour will need to register at the registration website or at the hospitality desk at the hotel.

If you need further information please contact Lidija our Head of Member Relations, Events & Programme Manager on email: lidija@cmladvocates.net or on Tel: +389 78388235 through WhatsApp, Viber or Telegram

We use cookies on our website to give you the most relevant experience by remembering your preferences and repeat visits. By clicking “I'm good!”, you consent to the use of ALL the cookies. However, you may visit "Cookie Settings" to provide a controlled consent.
Cookie SettingsI'm good!
Manage consent